Posted on May 21, 2014 by admin
Our basketball boys WK II team (players born between 1997 and 2000) has won the Vattenfall School Cup and became Berlin Champions! The Final Four tournament at the Sömmeringhalle in Charlottenburg was a big event with the attendance of TV and Radio stations, the Berliner Zeitung newspaper, and the ALBA Dance Team. The Rams defeated the Schadow-Schule with 37:10 in the semi-final and won the Championship game with 53:27 against the Barnim-Schule.
Congratulations to our boys and to our MVP Julian Hallmeier-Wacker! 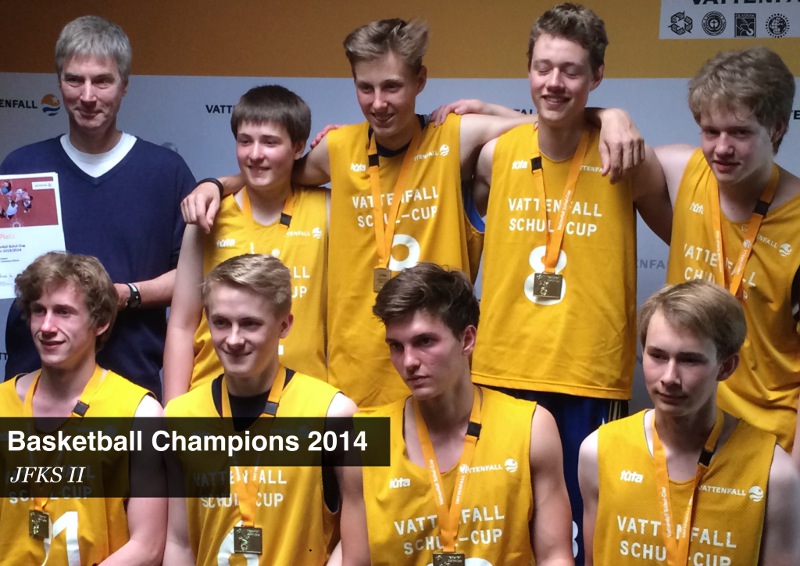